Career Building: How To Be A Mad Scientist

What Kind of Wage You Can Expect: Whatever those poor fools will give you to disarm your Death Ray

Job Outlook in The Next Ten Years: Greater with every day your superior intellect is mocked and ignored 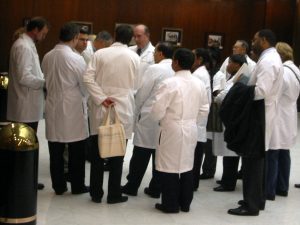 First, it’s terribly important that everyone knows you are a doctor. You needn’t actually possess a doctorate, of course (but a fancy looking paper with a shiny seal mounted on the wall never hurt). You must – I repeat MUST – begin adding Dr. to the front of your name at all times. Once you begin receiving junk mail addressed to you as Dr. [insert your name here], then you know it has stuck.

Second, and this is vital, you need a secret lair. Ideally, this would be an island as you’ll want to be in international waters and not subject to any particular laws. You also want to make access difficult for would-be heroes and secret agents hellbent on stopping your world domination. Consider shark-infested waters or perhaps somewhere in the arctic circle. Or both, if you want to keep separate summer and winter homes. 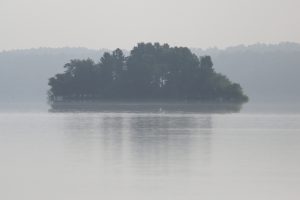 I know what you’re saying. “But Jeremy, how can I afford an island?” Shut up and quit whining. It’s beneath you.

You have two options. If you’re already wealthy, then just buy it. If you’re not, then you’re going to need…

An army of goons. These can come in many different flavors. Hired goons (of the flesh-and-blood variety) are probably the best, but they require food, rest and – most of all – money. Other suitable options, depending on your area of mad scientific expertise, are robots, zombies or animal-people hybrids. Just remember, robots need a lot of power and tend to let you down when they are needed the most. Zombies need plenty of brains to keep them strong and they are notoriously bad at following orders. Animal-people hybrids will also need food and rest, but if you let them share the weakest member of the pack (when that member falls in your regular death-cage match) then they should have enough to sustain them. 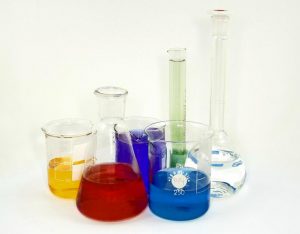 Tweenk, CC BY 3.0, via Wikimedia Commons Note: Brightly colored liquids ARE NOT optional.

You’re going to need beakers, a fair number of Tesla coils and at least one dedicated henchman or assistant. These can be purchased for fairly cheap at government auctions, going-out-of-a-life-of-crime sales, or Craigslist. Shop around for the best deal. Don’t be afraid to buy gently used items.

Finally, you need a plan for world domination. No, no, not that one you’re thinking of right now. In fact, it won’t be the second, third or fourth, either. You need to dig deep. It has to be complicated. If it doesn’t involve you getting caught, then escaping, then holding people in mortal danger, then destroying a national monument to show you mean business, then faking your death, then taking control of one of the world’s important infrastructure systems – well, then you’re just not trying hard enough.

Recommended Course of Action: Your resume is a little weak in certain areas, so I recommend you intern for the summer with an established mad scientist. He will mentor you, challenge you, flog you and finally be destroyed by you.

And then you will be ready to do science upon the world.