When I start my own city (which ranks somewhere in the top 10 on my bucket list), it’s gonna need a little law & order. So, as Supreme Eternal UberMayor, I’ll insist on assembling the police force myself. And here’s my initial selection, all of whom will be willed into existence from their fictional sources.

A great peace keeping organization needs a strong leader at the top. For that reason, I passed over Chief Wiggum in favor of Commissioner Gordon. He’s smart, he’s scrupulous, he’s tenacious and he rocks a mustache like few others can. Plus, he’s gone toe-to-toe with some pretty powerful foes at times and still shows up to work every day undeterred. Despite rumors about his lax approach to vigilante-ism, I have the utmost faith in Gordon. Plus, as an added bonus, his daughter can set up our IT department. 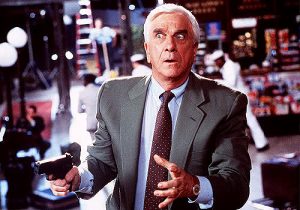 …is unconventional, and quite possibly senile. But he always manages to get his man (or woman). He knows how to talk to people. He knows how to get the best from the officers that serve under him. And, really, he makes me laugh. I think that’s what a police lieutenant really needs to succeed in my department. 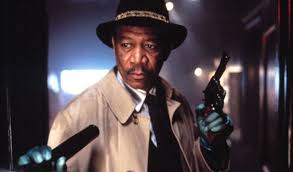 A seasoned professional, perpetually at the end of his career, but always sticking around to give the rookies some insight or advice. Given the number of serial killers likely to be active in my city at any given time, I think Detective Somerset will come in quite handy. Plus, I really like how he spends most of his free time in the library reading Dante and going over many a quaint and curious volume of forgotten lore. And I really, really enjoy hearing his dulcet tones on my voicemail when he calls to update me on his most current manhunt. 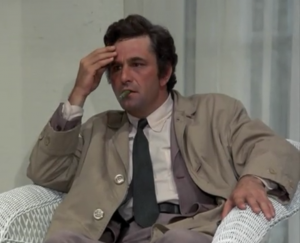 Like his fellow Lieutenant Drebin, Columbo is unconventional. But he’s unconventional like a fox. Disheveled, scatter-brained, wrapped in a cloak of cigar smoke — these are red herrings that Det. Columbo uses to slip under the suspect’s defenses. My only complaint is how long our meetings last. Seems there’s always “just one more thing…” 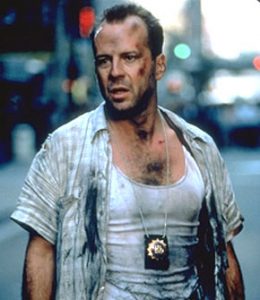 Oh, what can I say about him? Yes, it’s obvious he doesn’t want to be here. And yet he keeps going, trudging along day after day, writing tickets and single-handedly taking down teams of terrorists (the city will just be rotten with them). Once we finally train him to wear shoes and possibly put a uniform on over his blood-stained wife-beater, he’ll be quite the officer. 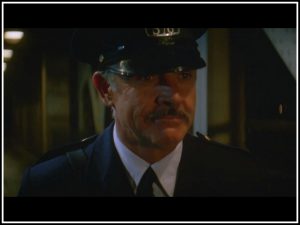 You can’t go wrong with someone who served with the fictional Elliott Ness, even if that Elliott Ness was played by Kevin Costner. I’m hiring him mainly to give the inspirational speech to the other officers every morning: “They pull a knife, you pull a gun. He sends one of yours to the hospital, you send one his to the morgue.” That Scottish brogue is amazing.

For most lesser police departments, an officer like John McClane or Martin Riggs would serve as the loose cannon. But not Jeremytown. Our loose cannon can actually transform himself into a cannon. He is, of course, none other than T-1000. Once we can corral his homicidal tendencies toward John Connor, and insist he pursue his personal vendettas on his own time, he’ll make a fantastic officer. He’s dedicated, focused like a laser, and can morph into whoever we need – including the department’s helicopter pilot. Just remember, if you’re pulled over for speeding and Officer T-1000 asks you if you’ve seen “this boy”, just say no. You’ll probably be okay.
All in all, I feel like this is a great, take-no-guff, be-sure-to-have-lots-of-insurance-policies-on-the-city-infrastructure police department. And if you don’t like it, you can get out of my town.
Tagged  Columbo, Commissioner Gordon, Die Hard, fiction, humor, list, Naked Gun, police, Se7en, Terminator.
Bookmark the permalink.